Being a medical student has a few major drawbacks besides your standard “my life is consumed with never ending hours of studying obscure medical facts.” One of the biggest problems is that school is so all-consuming that it’s very challenging to talk about anything else – either with your classmates or with other people. When I call my mom (okay, more like she calls me), we can usually make it 5 minutes before I start yammering about hormones or V/Q mismatch or EKG changes post-MI.

Even though I know no one cares, I still can’t help it. None of us can.

When med students are allowed to mix with the general population, we tend to cluster together and only sometimes can we avoid school as a topic of conversation. Usually this happens when large amounts of alcohol are involved. The worst part is that if you don’t have medical training, you can’t even follow the conversation, smiling and nodding. I’ve written before about ridiculous medical terms and presenting patients; hearing people talk about medicine is a similar experience. You might as well be listening to people talking in Polish.

The upside, at least for us, is that there are endless possibilities for witty jokes and/or puns, if you try hard enough. I have probably four methods of communication: texting, emailing, awkward voice calls, and Snapchat. (Aside: I hate Facebook chatting. I have no good reason for this. But I do. Whenever I hear that stupid “budeLOOP” sound, I am instantly filled with rage.) Hands down, the most useful of these for making fun of medicine is Snapchat.

For those of you named Mom and Grandma, Snapchat is a phenomenal phone app that lets you take a picture, draw or write on it, and send it to many people at once. It only lets the receiver view it briefly; after a few seconds, it disappears and is gone forever. Unless you take a screenshot.

So obviously the first people to use Snapchat were the ones obsessed with sending dong pictures. But then someone used Snapchat as a procrastination tool, and medical school was forever changed. Sometimes I burn out from studying and take a break to create my own Snapsterpiece. For instance, while studying cardiology: 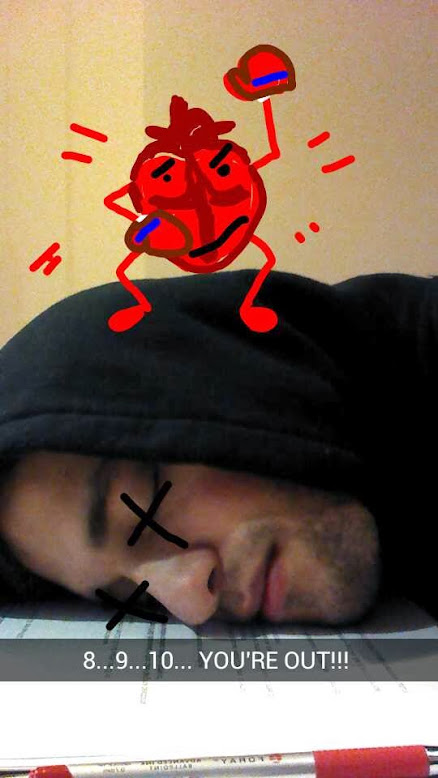 Or while trying to learn where a sympathetic presynaptic neuron synapses with its postsynaptic neuron, and what kind of paths it can take (this is, incredibly, a real thing I’m supposed to know): 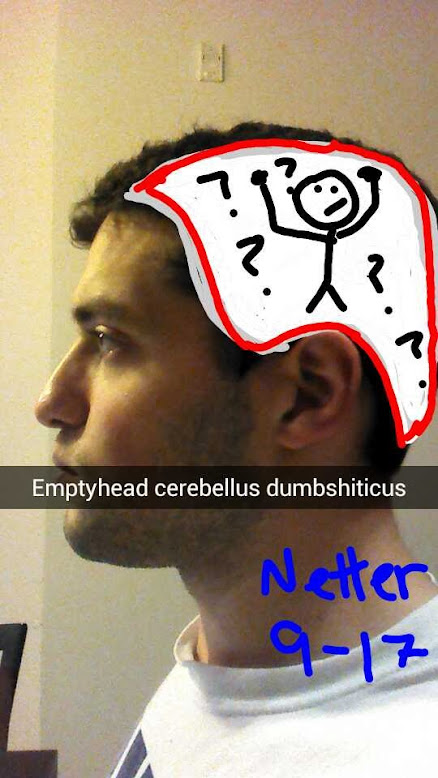 Or while studying renal transplantation: 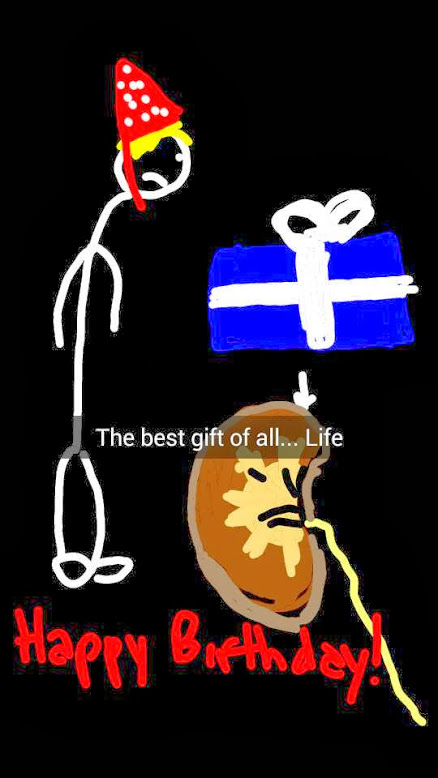 This fun extends to more general procrastination methods. I express my mood: 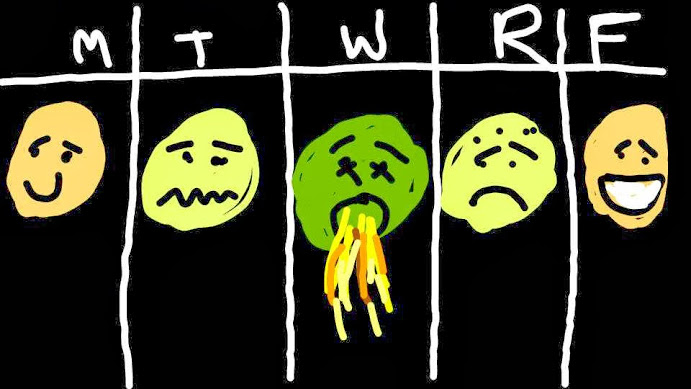 My worship of my pathology textbook: 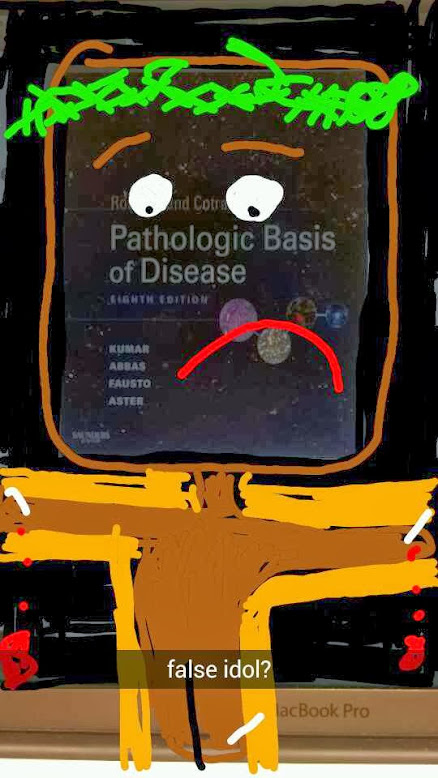 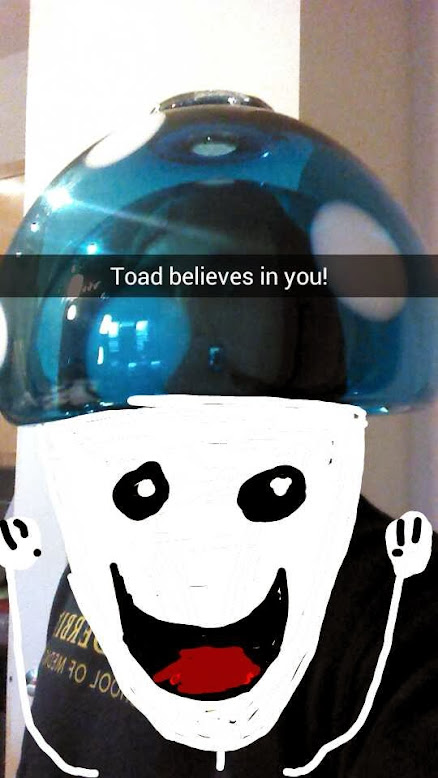 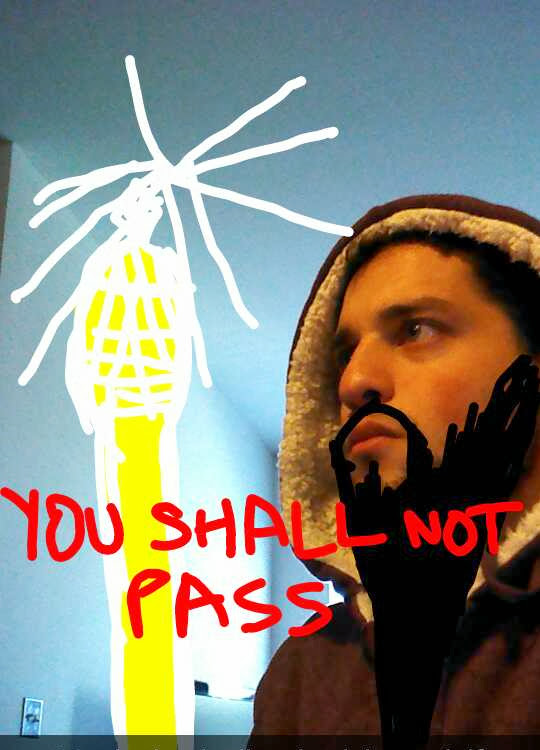 But perhaps the best use of Snapchat as a means of communication is to make fun of lecture slides (and classmates). For instance, here you may notice the optic nerve diagram in a slide can be turned into Cookie Monster: 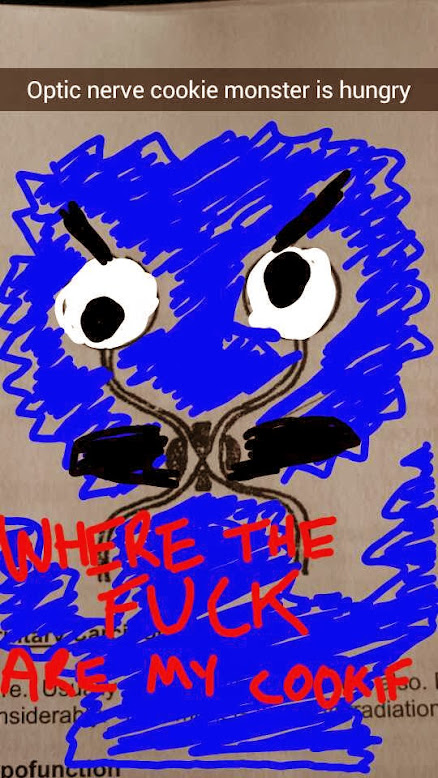 Editing the appearance of classmates: 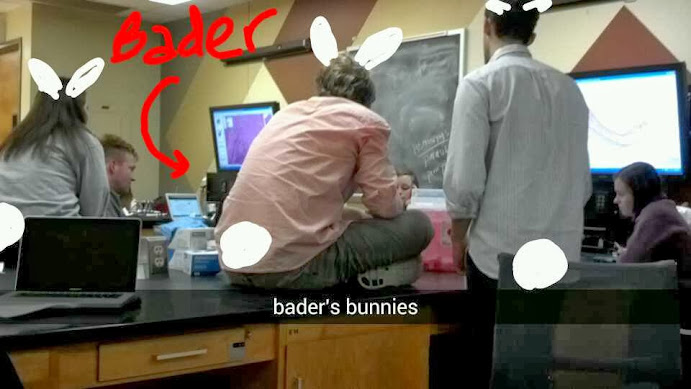 And being made fun of for burning out:

Back to the books. I’ll see you on Snapchat.