On Monday my glorious vacation, filled with pool time and Tiller the dog and beer, ends with a sickening, wet plop – the sound my emotions make as they hit the poorly sterilized hospital floor.

I’m only being slightly dramatic. It could be worse: I could be back in biochemistry hell, which the current first years are just wrapping up. Sucks to be them.

My medical school has a very unusual format, to the 10% of you who are not my classmates, Grandma, or the Bringer of Life (readership chart shown below). 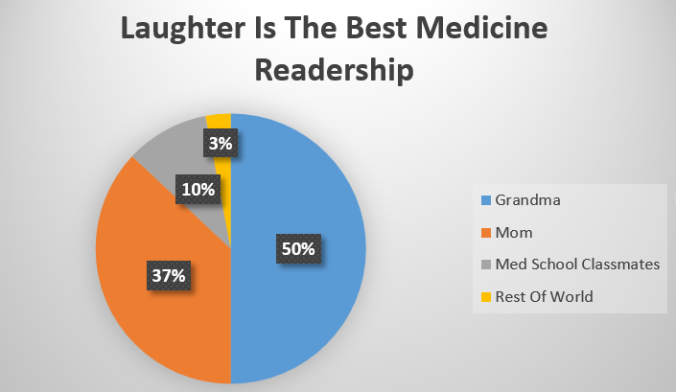 I have never named my school here, and never will, for fear of my Dean of Students finding this blog and chasing me around campus pelting me with used hepatitis C-positive needles and large rocks. But if you were born during or after the era of AOL CD-ROMs and/or possess rudimentary Googling skills, it’s not challenging to find out if you care to know.

Anyway. As you hopefully know from reading this, we take the typical “two years in the classroom” and shrink it to one, then do our rotations during our second year. Then we go and study for The-Test-That-Shall-Not-Be-Named-But-Shall-Likely-Release-My Score-On-Wednesday-September-2-And-I-Am-Maybe-Panicking-A-Little.

The following is a basic description of what I will be doing for the next two years. Grandma, when you keep asking me this question from now on, I will soon just send you a link to this page. You have to click the blue text with your mous- oh, never mind. No I do not know what is wrong with your printer, still, and no I will not try and fix it. But you should probably check if the power is on. I love you too.

So what comes next? On Monday, we start the “Immersion Phase,” a 22-month period that’s probably best defined as a “double-length 4th year of medical school.” Everything we do from here on out is in discrete month-long blocks, and divided into essentially five categories of courses. We have to take a certain number of each, sort of like general education classes in undergrad, where I took “Political Economics of Southeast Asia” because it fulfilled five categories at the same time despite not being able to identify Singapore on a map.

Electives: This is what traditional 4th year medical students do all year. An elective can be in anything the medical center wants to offer, from the most subspecialized surgeries to primary care to rotations abroad. Personally, I’m signed up for a few real weirdo electives because why not. Most notable is “forensic pathology,” which I’m hoping is extremely similar to CSI or at least Law and Order: SVU but is most likely nothing of the sort. I am also taking an elective in urology. I have no idea why.

Integrated Science Courses: An “ISC” is my school’s attempt to insert some 1st year-style classroom learning back into our sad little medical student lives. ISCs are designed to split our time between clinical work, i.e. rotating on the wards like we did all of last year, and class. I’m starting one on Monday that’s mostly immunology. According to the terrifyingly full schedule I got yesterday, I spend every morning with a clinical team and all afternoon in class. It is wholly unknown whether this model is a good idea as my class is once again the guinea pigs.

(Three weeks ago, when I took The-Test-That-Shall-Not-Be-Named, I knew quite a bit about immunology. I should perhaps have thought twice about the 10-day long effort to purge myself of any and all medical knowledge gleaned over the previous two months, especially in immunology. Between bourbon, beer, a wedding full of both, and the occasional glass of wine, I no longer know what a T-cell is except that they are important for your immune system.

The remaining bits of my immunology knowledge base consist entirely of things learned from Jublia and Humira commercials seen during hours-long Star Trek and House sessions. Potentially while also drinking. …Shut up.

I regret many of my actions in August.)

Acting Internship: These are designed to be a slightly higher grade than the traditional 4th-year sub-internship. We’re only supposed to do one of these and only in our 4th year (mostly), and basically you are expected to behave as an intern for the month. This is extremely scary to everyone for obvious reasons. I should not be trusted with a pager or a pair of kitchen scissors, much less control over the medical decisionmaking of a patient not named Nate. 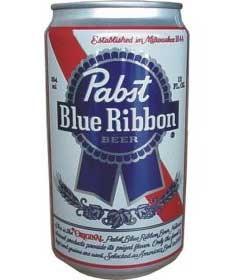 PBR: Pabst Blue Ribbon, the award-winning beer and sustenance of life.* I have full months (specifically, April-June of 2017, when I might incredibly graduate) allocated as PBR months. This should be self-explanatory.

Research: We are all required to do at least three months of research on a project of our choosing. I would tell you what my project is, but you would fall asleep before finishing the paragraph.

Scattered among these blocks are away rotations, a primary care month, and time set aside for residency interviews. Not that those matter or anything.

So that’s my next two years. Hooray, school!

An unrelated question: I am thinking of getting a real domain name/changing the name of this site but can’t think of anything good. Any ideas?

Here is a picture of Tiller. Because I miss my dog. 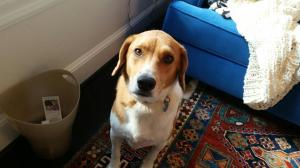 *The wedding I attended in mid-August was of a med school classmate who loves PBR almost as much as I love Chipotle. Had his now-wife not nixed the idea, I am fairly certain he would have had a case of PBR as a groomsman.

2 thoughts on “Back To School III”