Happy holidays, everyone! This is your friendly toxicological reminder to not do stupid things like use propane heaters indoors, grill inside, or leave your oven range on for extended hours at a time. Why, might you ask, is this a bad idea?

The answer is the subject of today’s Tox ‘O Clock discussion: carbon monoxide (CO) poisoning! We are talking about this for two reasons: first, because a spike in poisonings from this – because it’s cold, and families are together – is as predictable around the holidays as incessant Christmas music at the mall, jokes about me being a Grinch, and my people going to the movies and eating Chinese food on Christmas day itself.

The second reason is because CO poisoning is an excellent illustration of a core medical concept: our knowledge base is wrong about half the time. And not like a little wrong, like a lot wrong. Modern medicine is essentially a series of coin flips backed up by randomized controlled trials (which – surprise! – also turn out to be wrong about half of the time).

Anyway. Carbon monoxide is terrifying because you can’t smell it, see it, taste it, or really know it’s there until it’s turning you into a cauliflower from the inside out. It’s a gas released by the above offenders (mostly heating sources and fires) that causes a range of generally nonspecific problems, up to and including the very specific problem of being dead.

The first symptom is fatigue, along with a wicked headache. As the levels rise, you start manifesting GI symptoms – nausea, vomiting, and diarrhea – and neurologic symptoms like dizziness, unsteadiness, and coma. Eventually, you can have seizures and die.

With that cheery thought, here’s a fun fact to start us off: when you start medical school, usually some Wise and Knowing Old Person in Medicine says something along the lines of, “Greetings, young neophyte students! You are very special snowflakes. Congratulations. Also, half of what we teach you is going to be wrong.”

Thus inducted into the fraternity, we are sent off to learn two years’ worth of science that ends up being basically unimportant to the actual practice of medicine.

One of the things we learn, usually during the hematology unit of that first year, is that Carbon Monoxide is Bad For You. This seems obvious, since everyone has seen a movie where someone tries to kill themselves by running their car in a closed garage.

(We will ignore the fact that since the invention of the catalytic converter in 1975 this has pretty much ceased to be a viable option for those seeking the Great Beyond, since that device converts lethal carbon monoxide to just smelly old carbon dioxide.)

What makes us medical students Qualified Medical Personnel, at least eventually, is that someone teaches us why carbon monoxide, abbreviated CO, is bad for you. I was taught the following sentence, which I had to memorize for a quiz:

“Carbon monoxide binds hemoglobin with approximately 200 times the affinity as oxygen, thus displacing oxygen; this induces a functional anemia as the hemoglobin’s oxygen-carrying capacity is reduced in proportion to the degree of CO poisoning.”

In plain English, this means that carbon monoxide masquerades in your blood as oxygen, and grabs onto the body’s oxygen carrier, a molecule called hemoglobin. Hemoglobin is the actual docking station for oxygen on the great oxygen spaceship that is a red blood cell. The problem is your body can’t use the carbon monoxide for anything, and CO likes hemoglobin so much it refuses to get off the bus anyway, so it’s as if you didn’t have any blood at all. That sounds bad.

Want to know something potentially surprising?

This story is about 80-85% pure bullshit. It is wrong. And what’s worse, we’ve known it to be wrong since 1975 – ironically, the same year that catalytic converter was invented.

See, this really smart guy did a really smart experiment that I will not describe in detail, because it involves dogs, and I love dogs. But he basically proved that there’s something other than a “functional anemia” causing all the aforementioned death and despair with CO toxicity.

The good news is that other smart people figured it out; the bad news is that it involves our favorite Powerhouse of the Cell again, the mitochondria, and the Electron Transport Chain of hydroelectric dam fame.

HAHA you thought you were done with this electron crap, didn’t you? I promise this isn’t as dense as the last one, though.

One of the members of your electron transport chain – remember, that’s the handoff that generates the power to make energy (I know, it’s confusing, but you did actually have to read the aspirin post) – is a big protein ball called cytochrome oxidase c, and is part of a family of proteins called “heme proteins.” These proteins are named because they all share the commonality of having a molecule of iron tucked away somewhere. It’s kind of like calling someone a blonde, or short. It’s just a property they have. 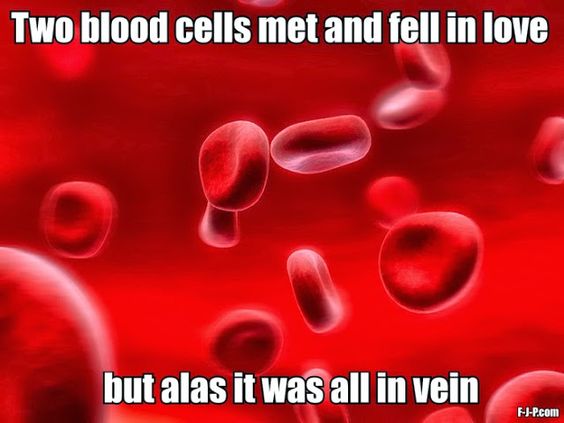 Unfortunately for your Powerhouse, CO really really likes heme groups. It is because of this affinity, specifically, that CO grabs onto hemoglobin in the first place. So CO interferes with the ability of cytochrome c oxidase to do much at all, which causes basically the same problems that aspirin does. The difference is that if you have CO levels high enough to cause the same level of shutdown as aspirin, you’re pretty much too far gone to be saved. The only treatment is high-flow oxygen from something like a mask; in extreme scenarios, you can go into a dive chamber and have the CO essentially pressurized out of you. Which, honestly, is extremely cool.

The other nifty thing about carbon monoxide poisoning is that unless you knew someone had an exposure (they were burning propane for heat, or whatever), you could very easily miss this diagnosis. The reason is technical: the machine we use to tell us how much oxygen is in your blood, a pulse oximeter, can’t tell the difference between blood holding oxygen and blood holding carbon monoxide. In short, carbon monoxide “looks the same” to our machines as oxygen does. So someone can come in with all the symptoms of ‘hypoxia,’ which just means ‘not having enough oxygen,’ but have a normal reading on their pulse oximeter – leading your hapless doctor down a rabbit hole.

The moral of the story is another medical axiom: 80% of the answer is in the history.