The journey through second year of residency is an interesting one. As I’ve mentioned before, we are tasked with two major, new responsibilities: performing most procedures and seeing a much greater volume of patients. We’ve all gone through a substantial adjustment period. It’s been hard.

One of these journeys is toward two, or greater, patients per hour. I hit this milestone rather infrequently. In fact, it is about as likely for me to achieve this as I am to win a game of Oregon Trail. It is far more likely that I will die of dysentery, or make it no further than Fort Collins before my oxen quit on me.

(I played a lot of Oregon Trail in elementary school.) 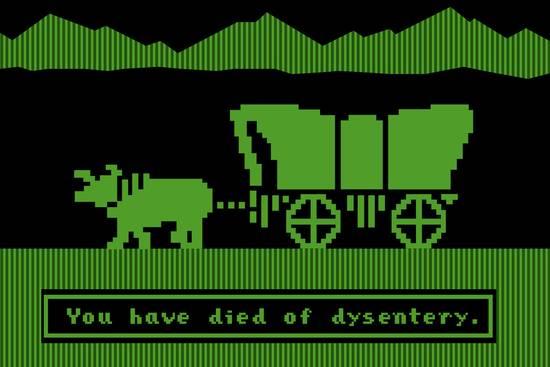 Another, more personal journey has been the search for a perfect motto. I was inspired to undertake this quest after the residency conducted a search to find the perfect Residency Mantra. Our program leadership had designs to put the mantra on all our branded gear, from logos to coffee mugs to T-shirts.

The leadership solicited input from the residents through an anonymous Google form, which was a terrible choice as it allowed me unlimited submissions of joke mantras of my choosing. Some of mine were:

We eventually settled on a mantra that I will not repeat here, for fear of being both discoverable and appearing in search results.

Also, I have already forgotten what it is. But I remember my emotional response: “I will not be purchasing coffee mugs from the residency.”

To the program leadership that has found this site and reads it: I am sorry, but come on, some of those submissions were pretty funny.

Anyway. The process prompted my own hunt for a motto. As residency has changed me, so has my motto changed. For intern year, I borrowed my motto from a classmate. It was an expletive-laden ode to nihilism: “fuck this shit, nothing matters.”

FTSNM got me through my hated potassium repletion rotation, trauma surgery, long hours in the ICUs, longer hours in traffic, and a baby-catching block where no one even realized I was supposed to be there.

I suspect one of the reasons intern year was so difficult is because I came in expecting to advocate for things – patient care, my own wellness and education, a vaguely nebulous concept of fairness and equity – and was instead confronted with the reality that a large academic behemoth like my residency’s medical center has the flexibility of a cast-iron skillet.

Getting anything done, at least as a resident, requires the permission, input, and acceptance of approximately ninety-seven people more senior and more busy than you. These people are spread across twelve different committees, many of which meet about once per calendar decade. Some of them died or retired years ago, and yet their signature is still required on a form that exists only on the C: drive of another person you’ve never met.

Progress was, in a word, slow.

This year, my motto has changed. Gone is FTSNM and its attendant implications of a lifetime of frustration/meaninglessness. I don’t need that in my life anymore. The hours and stress of a sixty-hour shift-work lifestyle are enough on their own without layering the evils of a healthcare system on top of it.

Thus, my new, second-year resident motto: Not My Hill To Die On. Or, more simply, Not My Hill.

I learned in undergrad (shout out to the Peace, War and Defense grads out there) that when holding an elevated position – like, say, a hill – against an enemy, the ideal position to dig in is actually just on the near side, short of the peak. Setting up your camp on top of the hill is a great way to get silhouetted against the sky and promptly shot. If you instead stay just below the crest on your side, the enemy coming over the top will be the ones playing target practice.

I do not know why I was taught this information. But amazingly, there is a Confucius quote that perfectly sums this concept up, albeit unintentionally: 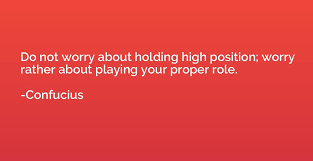 During first year, I dug in plenty. I tried to get involved in fixing things I thought needed fixing. I argued against policies I thought were stupid and resented when the scheduling gods screwed me over. I negotiated admission criteria with the utilization review people (“needs admission for IV antibiotics”).

I got emotionally demolished, time and time again. I was exhausted, resentful, and hated every day I had to go in to work. It sucked.

Now, my strategy is not to hold the hill at all: at the first sign of a “system fault” I immediately pack up my shit and retreat. I signal a full surrender. I’m the French at Dien Bien Phu, General Lee at Appomattox, the old dude who doesn’t want to be released from prison in Shawshank.

The NARS at NARH really brought this concept home. When the UR nurses would tell me the patient did not meet their admission criteria, I would simply say “okay!” and transfer them. No investment, no arguing, no frustration. My new strategy for dealing with systems inefficiencies became to fold instantly, like a lawn chair, and defer the problem to someone else.

It’s a glorious avoidance mechanism with unlimited applications. Here are a few examples of Not My Hill in action:

The Trauma Manatee: as graceful as, well, a manatee smashing into aquarium glass.

*PS: I stole the “I’m Just A Dumb ER Doctor” phrase from a recently-graduated resident who is quietly a brilliant physician. It’s amazingly effective in nearly every situation.

Not My Hill has done wonders for my emotional health. I suspect my co-residents figured this out years ago in medical school, which is probably why they’ve coped with second year with such aplomb, but I’ve always been slow to figure out the system can’t be beat.

I still think “Did You Page The Hospitalist” is a genius mantra for the residency, though.

2 thoughts on “Not My Hill”