In case you haven’t figured it out by now, medical school is actually three different curricula in one.

There’s the Learn To Be A Doctor Curriculum, which is where you haphazardly learn to take care of people mostly by screwing up over and over again. This has almost zero connection to the rest of medical school, as the bulk of the Learn To Be A Doctor Curriculum is taught in residency. Not incidentally this is why medical students are often not allowed to Do Things, which as you’ll recall is practically the only thing I want to do. Things.

(This sounds great until you realize this includes hours and hours of hitting the cooling steel with a hammer, submerging it in water of various extreme temperatures, and sometimes giving up and just throwing the whole piece of shit back into the fire.)

*Yours truly excluded. As a side note, I recently received feedback on a simulated encounter where I had to fake deliver fake bad news to an actor-patient. The evaluator wrote that I “demonstrated terrific empathy.” AND THE 2016 OSCAR GOES TO…

The Shadow Curriculum includes such exercises as pimping, participating in the Downhill Ritual, learning how to properly address nurse practitioners without getting yelled at (this is impossible),** and realizing that for the vast majority of medical conditions, the combined doctoring profession can truly fix very few things.

**I am not being facetious on this one thing. I legitimately do not know what to formally call a nurse practitioner. In my experience, no one knows. Is it “Nurse?” “Ms?” “Nurse Practitioner Betty?” Just Betty? HELP

I am not alone.

The third curriculum is the Studying To Take Tests Curriculum. As the dear reader might have gathered by now, medical school consists of one gigantic assembly line of progressively more expensive tests. In the first two years there were block exams and shelves, which only cost the exorbitant medical school tuition. Then there was The-Test-That-Shall-Not-Be-Named, which is hands down the worst of all the “board exams.” TTTSNBN cost approximately $600.

In about ten days I will take Step 2, which understandably comes after TTTSNBN. The key feature of Step 2, besides the fact that it is almost exactly three times as expensive as TTTSNBN (in total, approximately 258 Chipotle burritos), is that it is divided into a multiple choice test and a practical test.

The practical test is scheduled separately and is mostly a check to make sure you can speak English, have thumbs, and can introduce yourself without faceplanting onto the exam floor. No one fails the practical test unless they cannot do one of these things, or lack thumbs.

The multiple choice test, while longer than TTTSNBN, is much more clinically focused. Instead of asking stupid questions about biochemical pathways and genetics defects, the test focuses on diagnosis and management of important and common diseases. It is thus nowhere near as bad as TTTSNBN. For instance:

“A 14-year-old girl is brought to the pediatrician for a routine check-up. She has a webbed neck, a shield chest—“

“– swollen hands, and low-set ears. She has never menstruated and is Tanner sta–“

“What is the most common cardiac abnormality present in this patient? 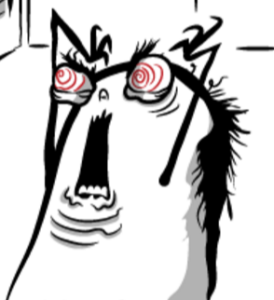 It turns out that Step 2 is really a long amalgam of all of the shelf exams we took last year during clerkships, including pediatrics questions such as the above. When taking practice tests, I now remain calm and have only broken 267 writing utensils when coming across the 370 questions about Turner Syndrome. I am improving.

As I have studied it has dawned on me that there may, in fact, be rules for studying for this test. Rules that might help those who come after me to achieve the same degree of mediocrity that I did when I completed TTTSNBN.

Thus, without further ado, I present:

1. Unhealthy people must stop being unhealthy.

2. How To Evaluate Abdominal Pain

3. How To Evaluate Pregnant Women

4. How To Evaluate Limping

Finally: a word of unsolicited advice: I am taking a month off to study for, and take, Step 2. This is one hundred percent unnecessary, unless you also want to have substantial time to watch Netflix and college basketball, go to the gym (hahaha just kidding), and drink kind of whenever the hell you want.